Intellectual disability affects about 1% of the European population, most of them (85%) having Mild Intellectual Disability (MID). Individuals with MID are often at a disadvantage, as they typically achieve a low level of formal education, and the deficits can also appear on their adaptation skills, which still has a negative effect on employment opportunities. In Slovenia, for example, there is a high proportion of unemployed people with Mild Intellectual Disabilities, who have acquired the status of temporarily unemployable. There is also a similar situation in Europe, where the average of PMID are three times more likely to be unemployed. On-farm activities has already been identified to have positive effects on the inclusion of PMID in terms of social care and therapy, but their potential as a suitable working environment for persons with disabilities is still highly underrated.

The main objective of the FARMID project is to promote the employment of PMID on farms, thus promoting social inclusion and improving the economic situation of both the PMID and the farmers themselves.

We will directly address the project to two target groups, farmers and farmers’ trainers, however indirectly the project aims at improving lives of PMID and their caring families as well. With the project, we want to create a new training program for farmers who want to work in the field of social entrepreneurship in agriculture, in rural areas and equip them with knowledge, skills and competences in the field of employment of PMID.

To this end, we will develop four results: 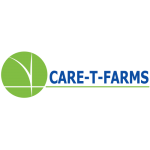 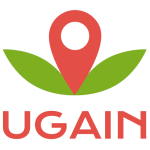